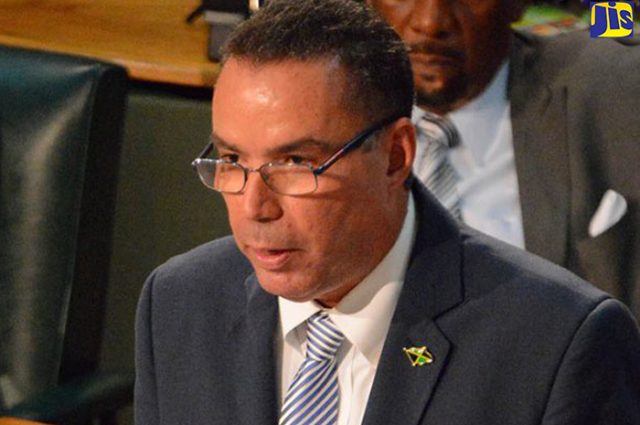 Minister without portfolio in the Ministry of Economic Growth and Job Creation, Daryl Vaz, on Friday announced a near $1 billion commitment from the Development Bank of Jamaica (DBJ) to finance 15 Business Process Outsourcing (BPO) projects island-wide.

Vaz, who was speaking at a cocktail reception introducing the upcoming Outsource2Jamaica Symposium and Expo to private sector entities at the Spanish Court Hotel in Kingston, said all the relevant Government agencies have been mandated to give the BPO sector the necessary tools for it to maximise its potential.

He said, “The sky is the limit for the BPO sector, and we intend to capitalise on every aspect of this lucrative industry for the benefit of Jamaica and Jamaicans.”

Part of that mandate, he indicated, includes the development of new spaces in Montego Bay and Portmore to create over 6,000 new job opportunities, even while the Factories Corporation of Jamaica undertakes to design and construct BPO space on 34 acres with a target of approximately 20,000 jobs.

The minister was, however, quick to point out that while the job creation potential of the BPO sector is encouraging, there are also challenges that need to be addressed.

“One of them is the length of time it takes to approve Special Economic Zones, which we are working to reduce,” he indicated.

“Another challenge is the lack of persons with basic training to fill the needs of the sector, which we are working to address in tandem with our tertiary institutions, such as the HEART Trust NTA. We have also begun to diversify the type of work performed in Jamaica, to create more opportunities for tertiary graduates, and higher paying jobs,” outlined Vaz.

He further emphasised that education was the key to unlock the vast potential of the BPO sector, adding that there are ongoing meetings and consultations with the Ministry of Education to create linkages where school leavers can find gainful employment in what is now considered the fastest growing sector outside of tourism.

He noted that the inaugural Outsource2 Jamaica Symposium and Expo, being staged by the Business Process Industry Association of Jamaica (BPIAJ), from April 11-13 at the Montego Bay Convention Centre, could not be more timely, as it offers the opportunity to reinforce the commitment of the Government of Jamaica to the expansion and growth of the BPO sector, which is now a major player in the economy.

For her part, President of the BPIAJ, Gloria Henry, said the BPO sector continues to be partners of the national growth agenda, noting that our industry road map is in line with the economic objectives of the Government.